Exclusive: The Fureys – To Perform in Kilmovee 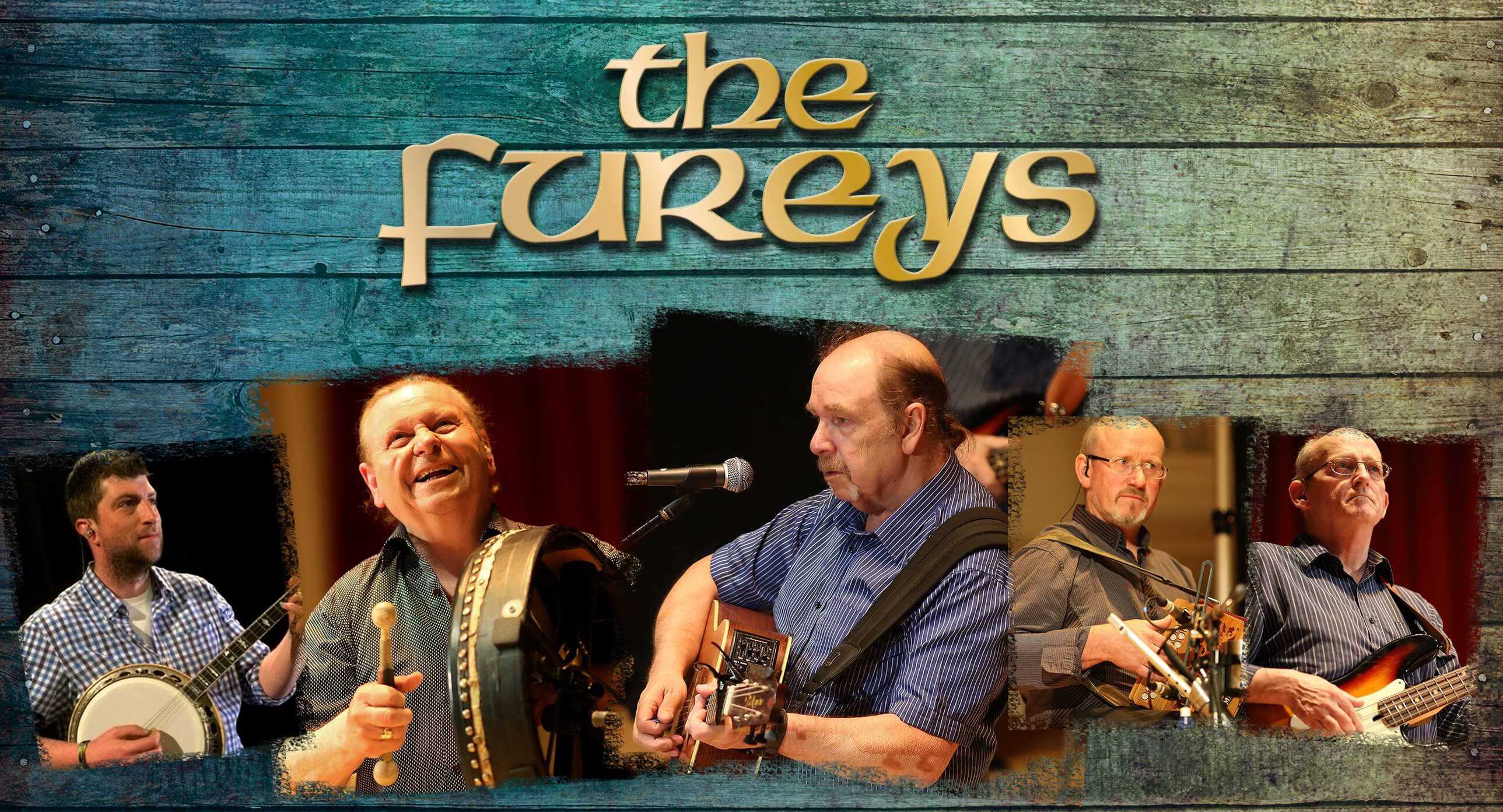 Legends of Irish music & song The FUREYS will perform their first concert in their 40th Anniversary year at Kilmovee Community Centre on Friday 5th January 2018.

The band was formed in 1978 literally by accident. George, Paul and Davey were playing in Denmark with their own band called the Buskers and Eddie and Finbar, while touring in Germany were involved in a road accident. When George and Paul got news of the accident they immediately travelled to Germany to be with their brothers. They then decided that they should all be playing together and this was the start of the FUREYS.

Inevitably changes have occurred over the years. Their brother Paul died suddenly in June 2002 and Finbar left the band in December 1996, however, George and Eddie have continued to delight audiences on their tours and have just released a new CD ‘The Fureys…40 years on…to be continued’

The oldest of the brothers, Eddie Furey left home in 1966 and travelled to Scotland at the time of the great folk revival where he met and shared accommodation in Edinburgh with then unknown folk singers Billy Connolly, Gerry Rafferty and Alex Campbell, now all famous in their own right. In 1969 with his brother Finbar, he was the special guest for the Clancy Brothers and Tommy Makem throughout the USA and Canada. In 1971 he moved to mainland Europe where he toured for seven years, building up a huge following particularly in Germany. Dave Stewart from the Eurythmics has credited Eddie with teaching him his first chords on guitar when they met up in the North East of England while Dave was still a teenager.

The FUREYS are responsible for some of the most stirring music ever to capture the public imagination. Their folk based music has received standing ovations in some of the biggest concert halls of the world and they credit their musical ability to their parents, Ted and Nora, who were well-known musicians themselves. They encouraged their sons to play music from a very early age and there was live traditional music in their house almost nightly.

Their emotive songs stir many emotions….tears and laughter, sadness and joy.

Come along and hear their renowned hit songs ‘I will love you’, ‘When you were sweet 16’, ‘The Green fields of France’, ‘The old man’, ‘Red rose café’, ‘From Clare to here’, ‘Her father didn’t like me anyway’, ‘Leaving Nancy’, ‘Steal away’ and much more.

Please use the share buttons to help spread the word…

A FUREYS concert is always a night to remember

This is an ideal Christmas gift!

Looking For The Perfect Location To Hold Your Next Event?
September 6, 2019